The ham you never knew... 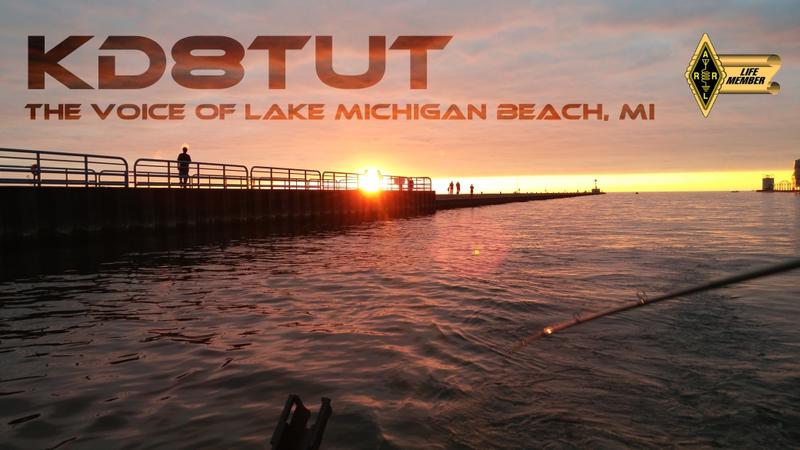 My father, Abraham, died in January 2009. None of you knew him. But you should have, you would have liked him. You would have admired his abilities, his tenacity, and his sense of humor.

He was born in Chicago, IL in 1932 to an immigrant family who left Italy in 1911 for a better life. His parents had a total of 12 children, 6 of whom survived to adulthood. The others died either at birth or within a few weeks. It was a hard life on the streets of Little Italy in Chicago. It was a world where the good, the bad, and the discriminated against were all tossed into the same places around Chicago. They had to be tough- and fend for themselves. 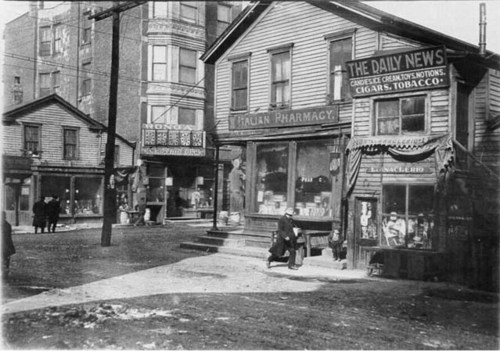 During my dad's youth he attended school like all other children, with decent grades. He was well liked and fell into a small group of local kids who, like him, were the children of immigrants. All were Italian except for one, who was the son of the local tailor and therefore Jewish.

These four kids, Abe, Dominic, Gene, and Irving ran together their entire life.

These gentlemen were old school in every respect and would never turn their backs on each other. They were glued together. My father benefited greatly from their lifelong friendship. And the connections forged in the old neighborhood never seemed to go away. It wasn't the “mob”, my dad was not by nature a criminal, it was a familial connection shared by a common struggle to survive.

A great story about my dad:

I had been attending the University of Illinois in Chicago around 1985, and ate lunch at this little Italian restaurant in (what is left of) Little Italy almost every day. It was a one man operation, with hand made pasta you could see behind a glass counter- like a sushi bar. It wasn't “high end” so to speak, but it was Italian food, for Italians. Tourists did come in and eat there- but not during the day. During the day all the women had “big hair” and the men were your typical Chicago-Italian stock. People spoke Italian in this restaurant, and you drew stares if you did not. People would laugh at me while I fumbled through ordering in Italian. It really was a great place. 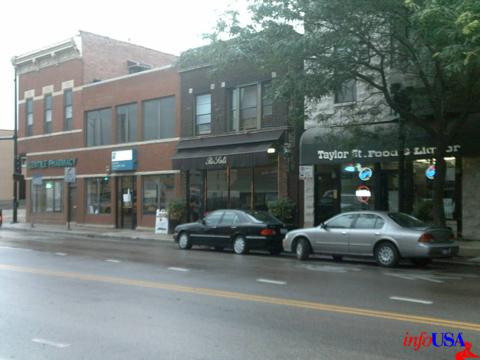 As time went by I became friendly with the owner of the restaurant. His name was “Sal”. An old school man about my father's age.

One day, I had some papers laid out with my name printed boldly on them, and he must have noticed them. All of a sudden, the interaction changed drastically:

“Yes, my dad grew up at Taylor and May St.” I responded.

Sal's whole expression changed before he said: “No kid of Abe's pays to eat here!”. And he promptly took the check and tore it up violently.

He then went on to explain that he and dad had been good friends, and the two of them had been involved in working together as teens “putting in air conditioners during the war”.

The following Christmas I asked my father about Sal. His face turned red as a beet. And he said: “We weren't putting them in”...

Needless to say, I ate for free for the next two years at Sal's restaurant and didn't ask any more questions. Hard times make hard people. But Sal, always treated me like family. He even tried to get me to date his daughter. But I was still hung up on my ex-girlfriend from high school.

My father married my mother at the age of 18 and answered his country's call in 1950 and entered the army. Back then you had to serve (or else). He gladly did it. And since my father even at that age was a true Mensch, even his superiors liked him. This was the Korean War era... and because he was liked- his superiors kept him in different training schools until they could station him outside of a war zone- in Europe.

Eventually, after going through artillery, cook, and radio schools he was stationed in Germany running a radio unit which engaged in maneuvers from time to time.

One story I was told about those days was this:

My father had been ordered to deploy his radio station. In some way, he was able to deploy, and was “unofficially” allowed to go on leave. So he and a friend decided they would go skiing, for the first time ever, while the operation as underway.

They went down the wrong ski slope, and apparently were skiing through the maneuver they had just set up.

He had a lot of stories like that. They would get hundreds of retellings over the years when his friends would get together.

Dad returned from the army in 1952 and settled into married life with my mother, Rosemary. She was an Irish orphan, raised by Italians, and married to an Italian American.

They made their home in the family home on May St. in Chicago with my grandparents. And my father attended Coyne Institute for electronics training and graduated. Television, radio, and anything that had electrons flowing in it were objects of passion to my father. He could tear apart anything and fix it. Build anything. He used to tell me he could close his eyes and see the flow through a circuit. 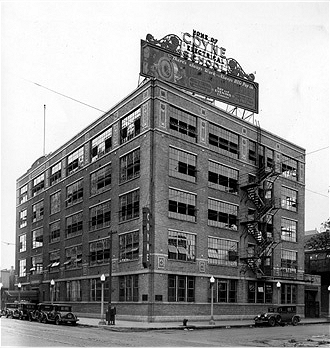 Skipping ahead through 13 years of quiet family life...

I was born in November 1965, and would be the only child. Just this same month, my parents had moved from Little Italy in Chicago to the north suburbs after the City of Chicago used eminent domain to gut Little Italy, and put the University of Illinois in it's place. Very little remained except for Taylor St. itself. It was the destruction of a culture, and it was intentional.

Our new neighborhood was different. It was full of doctors, lawyers, politicians, and well educated people. The majority was Jewish. More importantly, my dad's friend, my uncle Irving, lived in the same neighborhood. My father had purchased the cheapest house in the neighborhood, and planned to fix it up.

Over the years he had changed professions from TV/Radio/Electronics repair to a union electrician. He was a very skilled tradesman as well.... and he rebuilt the house into a (Italian) version of a palace: Two kitchens, three bedrooms, finished basement, a gas barbeque, and two car garage.

My dad was always obsessed with electronics. We used to drive around on garbage day, picking up televisions that were thrown out by our apparently rich neighbors. We'd bring the TVs home, and we would either fix them or strip them for parts. This was an ongoing activity, on a weekly basis, from as early as I can remember until I was a teenager.

Every few months there was a new TV in the house. Someone's garbage, had been fixed and sat in our living room. 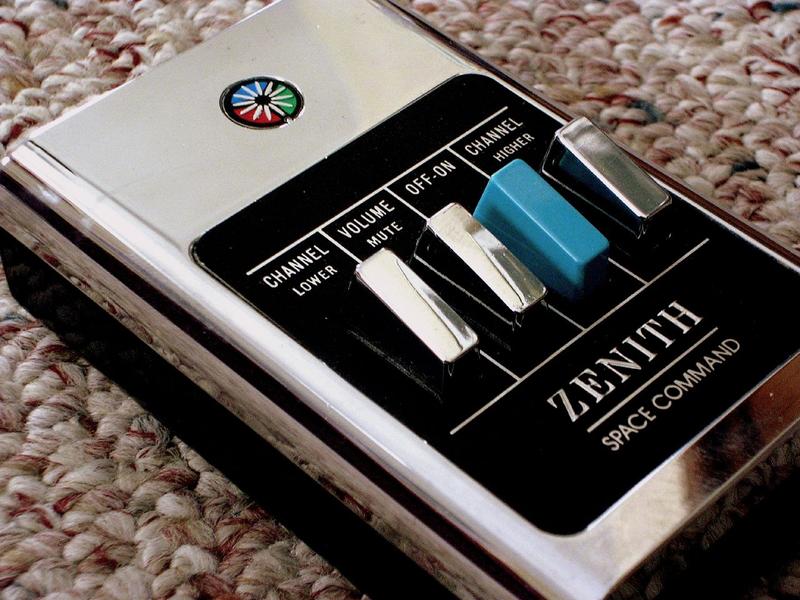 Then there were flee markets, and ham fests. I think my first ham fest was when I was 7 in Dupage IL at the Dupage County Fairgrounds.

In 1972, my father brought home a Hallicrafters CB-3a, a tube driven CB, and a quarter wave omnidirectional antenna. We applied for and were granted a FCC license KKZ-9634, and radio... took over my life.

From there on out it was building kits, talking on the radio (before the stupid movies ruined it), and short wave listening. For both of us. Dad would work third party on a friends amateur station... he taught me how to call CQ. He used to drill me with a ham related platitude: “Hams Call!!”

We were having a good time. And I knew little about Amateur Radio at the time. But dad was forging us forward. One of my great-uncles was the technical lead at Devry Institute in Chicago, and began giving me their instructional materials for free. He used to drill me all the time:

“So what are the four things in electronics?” Uncle John would ask.

Sometimes I'd get it right. When I did... dad would look proud. I was only 12 after all.

Sometime in my 13th year my dad decided we were going for our ham tickets. We attended the novice classes at Gompers Park in Chicago. We studied. But we never sat for the exam.

My father... could not read.

He could look at a schematic and understand it. But he could not read. He hid this his whole life.

This realization hit me like a brick. It finally made sense... he used to have me read everything to him. He could not read it himself. He used to try and read... it would take him a month to get through a book. He couldn't read the exam questions. He probably could not do code.

He was functionally illiterate, most likely from dyslexia. Here was a man with a genius IQ, who could not show anyone how smart he was. He used compensatory skills. He befriended his instructors and learned verbally in social situations. He tape recorded lectures. He did everything hands on. I witnessed him doing this- and never put it together.

His teachers, hams he knew, and my uncle who wrote for Devry- considered him a genius. They treated him as an equal.

And no one knew he could not read. How did he graduate Coyne? My guess is that he was so good hands on, they graduated him with bad test scores, the fact that he could lecture you on theory and he knew it cold. But he could not write it down. He wasn't lazy and he wasn't stupid- he was disabled.

He could not face an FCC examiner. It just wouldn't have worked.

Pop died in January 2009 surrounded by his 2nd wife, myself, and my step sister. His last words were to me.

“You're a pretty good guy”. 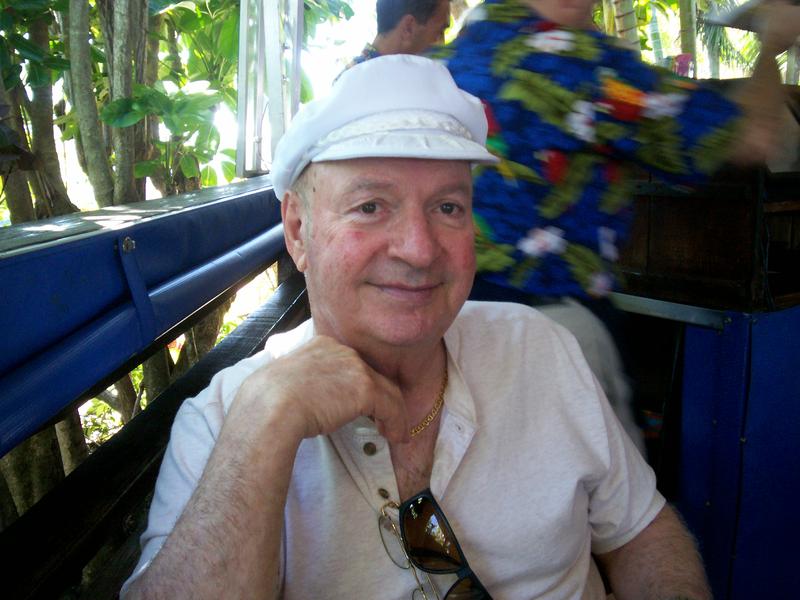 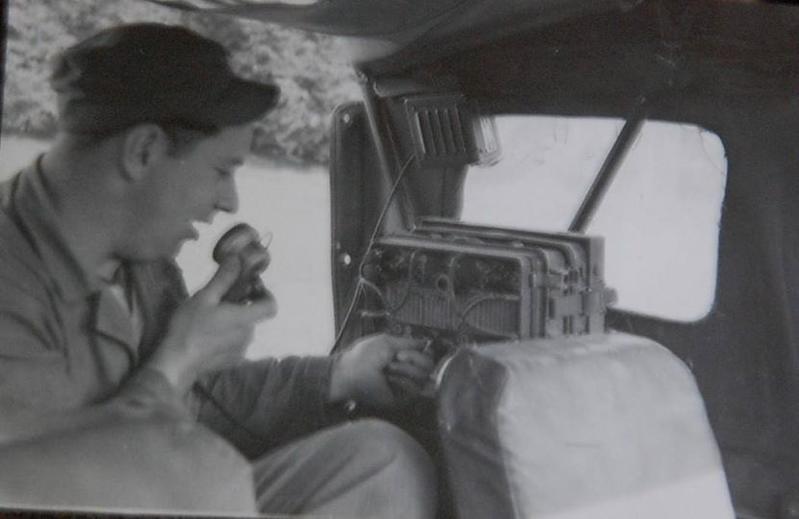 Coming from my dad, that's the highest praise possible.

So every year, try to do something to honor him. Last year it was getting my ticket. Which was a real blessing because I found out I really still loved radio. This year it's this article, and perhaps taking some of his ashes to W1AW.

He was a great man.

And I want you to know him. He was, in by mind, our brother. But could never formally be acknowledged. He had done most of what radio amateurs do, but could never earn the call sign.

He's the ham, you never knew. My father.